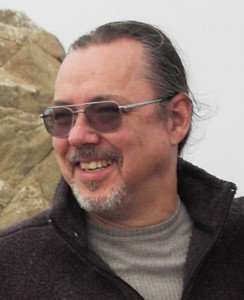 I’m a bit of a dinosaur in the web world, having been at it for almost two decades and what a long strange trip it’s been.

I stumbled into the web back when it was known as the information superhighway when my employer (I was a News Artist at the St. Louis Post-Dispatch) provided me with an email account that came with web hosting. I built my fist site as a lark. When someone heard about it, they suggested I take over the paper’s tech column and, for two years during the pre-Google era, I was weekly newspaper columnist writing about the strange and wonderful things you could discover online.

When I set out on my own, with the intent of being a freelance graphic designer and illustrator, I soon discovered my nascent web skills (such as they were) were more  in demand than my cartoons and studioJMC was born. I like to believe my ability to attract early clients, including The 1999 Papal Visit to St. Louis and The Sporting News, is a testament to my design and development skills but lack of competition may have had something to do with it.

As my career developed, I resisted the urge to join a big agency or start my own. Instead I stayed a sole proprietor and concentrated on doing great work for small and medium-sized companies and non-profits. To make that possible, I developed relationships with several fellow developers, programmers and coders, SEOs, content creators and more. Along the way I’ve created sites for Country and Western artists (including Vince Gill), tourist agencies (Central Oregon Visitors Commission, St. Louis Convention and Visitors Commission), sports commissions (St. Louis and Detroit), religious groups (Archdioceses of St. Louis, Belleville Il and Springfield IL) and scores of other companies big and small.

I love the variety I’ve found in my work and I look forward to my next project and challenge. I’d love to talk to you about your online marketing needs. Andm even if we’re not a fit, the odds are that I’ll be able to point you in the direction of someone who is or at least offer a few bits of advice to help you in your search. Let’s talk soon!